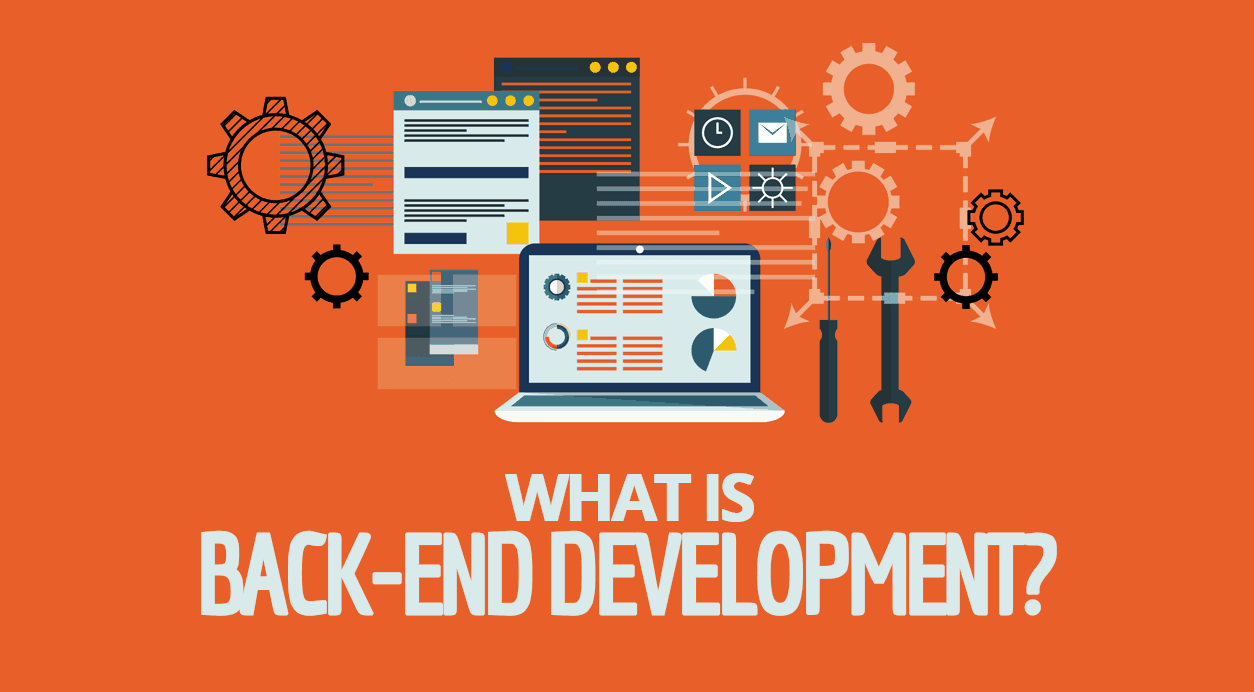 What Is Backend Development! In the world of web development, a backend developer plays an essential role in creating and maintaining websites. As the name implies, backend development involves the programming languages and technologies used to create a website beyond what is seen on the frontend. It requires a deep understanding of coding and complex problem-solving skills, making it one of the most demanding and rewarding tasks in web development. Backend developers are responsible for creating databases, servers, and APIs that power much of today’s online experience.

What Is Backend Development?

Backend developers need to have strong knowledge of coding languages such as Java, Python, Ruby on Rails or Node.js. They must be able to write efficient code that can handle large amounts of data while maintaining security protocols. Experience in database management systems like MySQL or PostgreSQL is also essential for backend developers.

Backend development is an essential part of the web development and software engineering process. Without a backend, websites would not be able to function properly as there would be no way to store data or interact with users. For this reason, it is important to understand the different languages of backend development that are available in order to create successful projects.

There are numerous programming languages used for backend development such as Python, Ruby on Rails, Java, PHP and Node.js. Each language has its own set of features and capabilities which make it better suited for certain types of projects than others. For example, Python is popularly used for machine learning applications while Ruby on Rails is frequently used for creating web applications due to its ability to support several databases at once.

Backend development is an important component of software engineering and application development. There are many benefits to developing the backend of an application, such as faster loading times, improved security and scalability. Here are some of the main advantages of backend development:

Faster Loading Times: By creating a robust system architecture that supports efficient data access, developers can ensure that applications load quickly with minimal lag time. This improves user experience and makes it more likely for users to stay engaged with the app or website.

improved Security: Developing a secure backend layer helps protect sensitive data from intruders or malicious actors. Backend developers use encryption and authentication protocols to protect customer data from hackers who may attempt to access or steal information stored on the server side of an application.

Backend development is the process of creating and maintaining servers, databases, and applications. In order to become a successful backend developer, one must possess certain necessary skills.

The most important qualities are an understanding of coding languages such as Java or Python; knowledge of server-side web frameworks like Express or Rails; experience working with databases such as MySQL or MongoDB; and proficiency in software development tools like Git. In addition, a strong foundation in computer science fundamentals such as algorithms, data structures, and complex programming concepts can be extremely helpful for backend developers.

Backend developers should also have experience designing APIs (Application Programming Interfaces) which allow different applications to communicate with each other seamlessly. An understanding of security protocols is also essential to ensure that data is kept safe from malicious actors.

Backend development is a crucial part of modern software development, but it isn’t without its challenges. One of the most common challenges that backend developers face is scalability. As businesses grow and their user base expands, the code must be able to accommodate more users and data. This can be an incredibly difficult task for some developers as they must ensure that their code will not become slow or unreliable when faced with an increased number of requests from users.

Another challenge is the ever-evolving landscape of programming languages and frameworks used in backend development. Developers must constantly stay updated on new technologies to keep up with industry standards and trends, while also ensuring that their code works properly across multiple platforms. Without staying current on technology, a developer may find themselves unable to efficiently solve problems or write efficient code for complicated projects.

Backend development is a complex skill to learn. It involves developing server-side applications and working with databases, APIs, and web servers. Fortunately, there are plenty of resources available to help aspiring backend developers get up to speed.

One of the best places to start learning web development is online courses. Platforms like Udemy offer comprehensive courses that teach everything from basic concepts to advanced topics in backend development. These courses usually provide step-by-step instructions and hands-on practice exercises so that learners can apply what they’ve learned right away.

Another great resource for learning backend development is tutorials available online. Tutorials often focus on specific topics such as creating a basic REST API or using a popular database system like MySQL or MongoDB. There are also many video tutorials on platforms like YouTube, containing helpful advice for beginners and experienced developers alike.